Originating from the term system console, which meant a device with a text input and a screen to read the replies of the system on, remote console is a Command Line Interface (CLI) which allows for the user’s input in form of text commands and outputs the system’s response via text without the need to use the system’s screen and keyboard, as it’s accessible remotely.

Simply put, remote console is a tool allowing for advanced control of the system using commands. 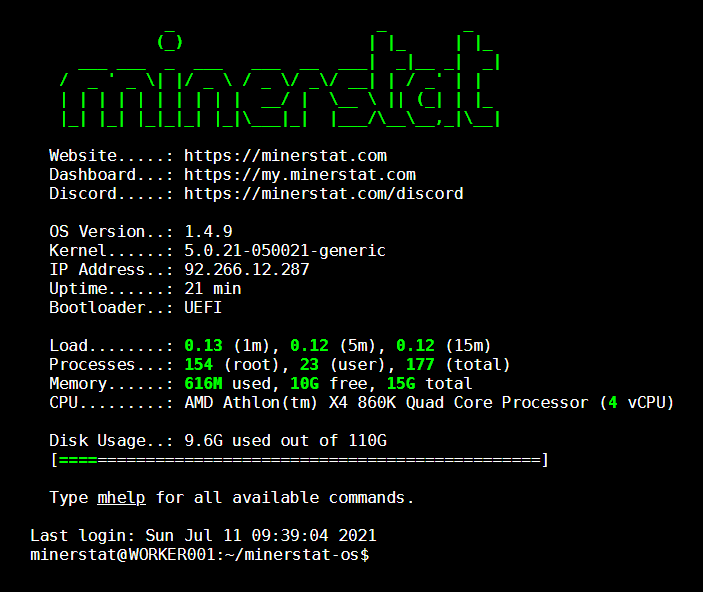 How can I get to the remote console?

What do I use remote console for?

Remote console is most useful in cases where accessing just the dashboard menus isn’t enough, primarily troubleshooting. You can also use it to get a live feed of the miner output, minerstat node output - this will list responses to the actions you or automation performs on the rig, like starting mining, applying ClockTune profiles, etc.

You can also reflash the system, flash the BIOS of the GPU, change ETHLargement Pill options, and perform other more advanced actions.

First, you need to open the remote console, this can be performed via local network connection, a remote connection, or SSH as explained here.

You can refer to the Common msOS and Linux commands article or use mhelp command for more information on useful commands.